New poll shows President Trump is more popular than Sherrod Brown and that Jim Renacci in breathing down his neck! Ohio voters will elect a new, pro-growth and pro-family Senator in November! 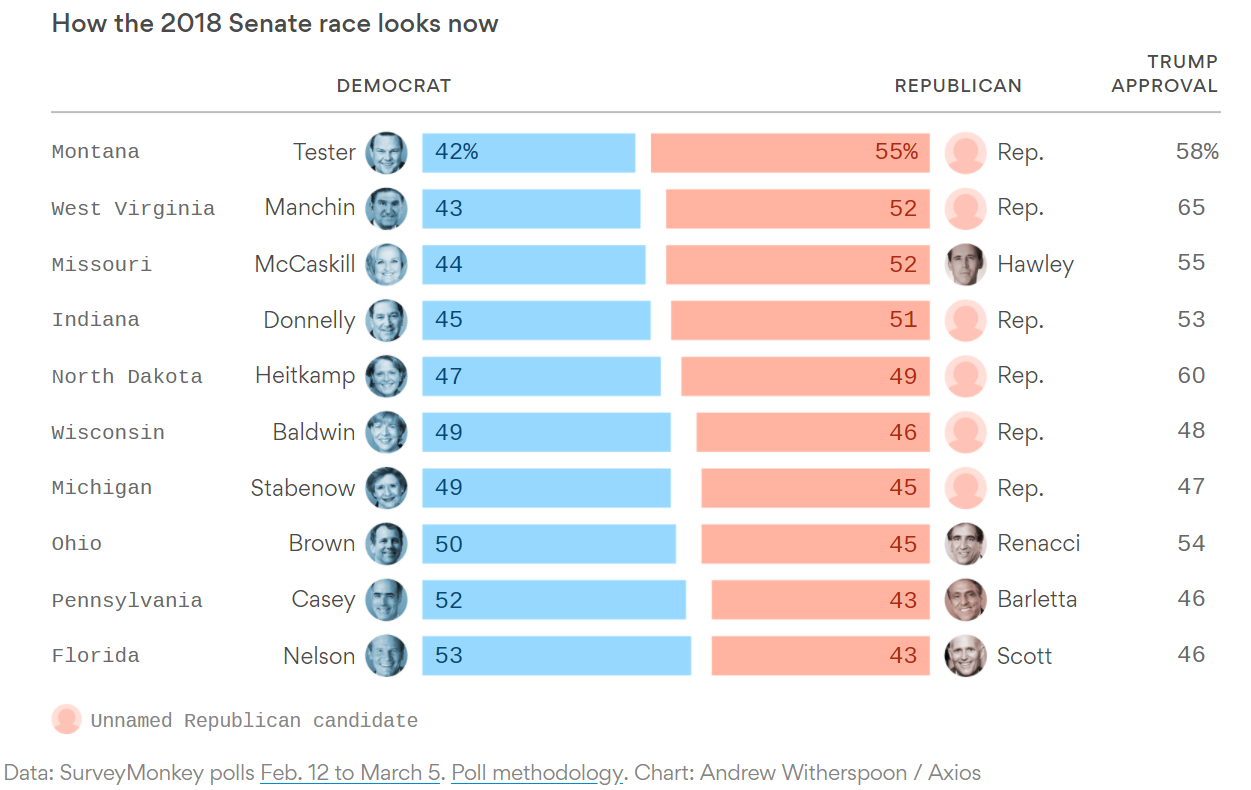 A series of 10 state polls for Axios by SurveyMonkey finds that President Trump isn’t a drag on the Republican brand in key Senate races, despite his historically high national disapproval ratings.

Five Senate Democrats would lose to a Republican candidate if the election were held today and three have approval ratings under 50%, according to new Axios/SurveyMonkey polls.

The three most vulnerable senators in the 10 states are Democrats Joe Manchin of West Virginia, Jon Tester of Montana and Claire McCaskill of Missouri. Each of their approval ratings is under or around 50%, while Trump’s is well above that in all three states.

But, but, but… with the election many months away and final Republican opponents not set, these numbers are likely to change as real GOP challengers get involved in the race. The approval ratings of each senator may give a better idea of where they stand with voters in their states.