As news continues to spread of Democrat Richard Cordray’s offensive and irresponsible comparisons of Republicans to Nazis, he has refused to apologize and instead accused Republicans of twisting his words.

There is no need to twist Cordray’s words. See for yourself: 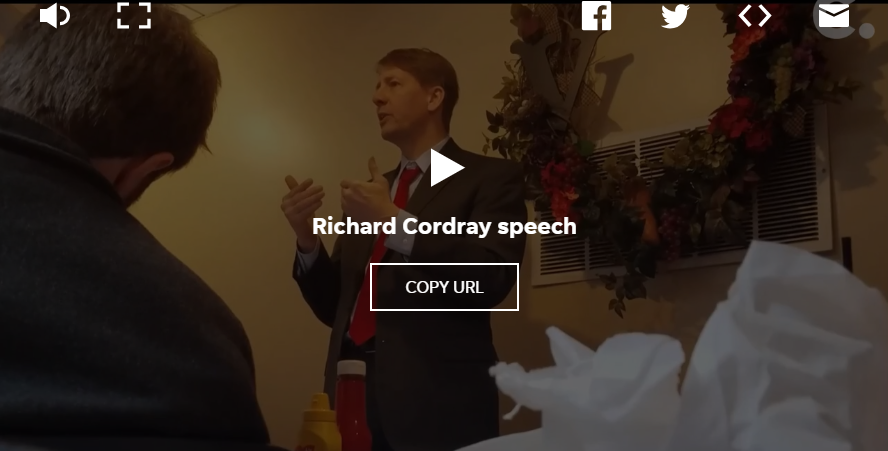 Cordray: “Somebody said to me last month that they’re ‘Vichy Republicans,’ which I didn’t fully understand. I guess that’s ‘Vichy France’ during World War II, the ones who went over and collaborated with the Nazis.” 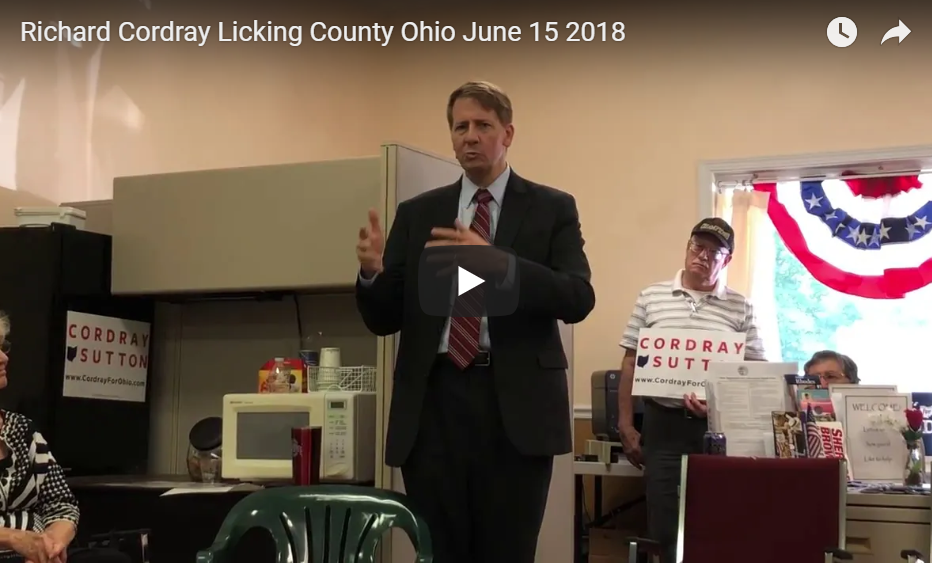 Cordray: “I will say, that as I said, the tone that you set in government and leadership matters. I mean, right now we have a tone being set by the White House, which is absolutely against everything I’ve understood for America. You know, trying to find people to scapegoat and blame? That’s like Nazi Germany.”

“Rich was criticizing the tone in Washington and the White House of placing blame on other people, and he specifically said that he was not making a comparison to the Holocaust. The Ohio Republican Party trying to twist his words and sow division is exactly what Rich wants to end so that Democrats and Republicans can work together for the people of Ohio.”

The only person sowing division here is Richard Cordray.

Here are some highlights of recent coverage:

The Columbus Dispatch reported on both of Cordray’s Nazi comparisons on Friday, noting that “seldom do Nazi references work out well for politicians”:

“Seldom do Nazi references work out well for politicians.

Perhaps Richard Cordray is getting the message by now.

Earlier this week, the Democratic candidate for governor expressed regret for linking Ohio Republicans with Nazi collaborators during a March 8 speech at the Allen County Democratic Party Women’s Club.

Then, another video surfaced of Cordray speaking to Licking County Democrats in Newark on June 15, with the candidate again mentioning the Nazis (no history lesson required).

‘I will say, that as I said, the tone that you set in government and leadership matters. I mean, right now we have a tone being set by the White House, which is absolutely against everything I’ve understood for America,’ Cordray said.

‘You know, trying to find people to scapegoat and blame? That’s like Nazi Germany…'”

The editorial board for The Cincinnati Enquirer blasted Cordray’s statements, writing that this “foot-in-mouth moment” could “haunt” his campaign:

“You would’ve thought Ohio gubernatorial candidate Richard Cordray would have learned about the dangers of over-the-top comments from fellow Democrat Hillary Clinton’s ‘basket of deplorables’ faux pas. But that didn’t stop him from likening some Republicans to Nazi collaborators during a speech to the Allen County Democratic Party Women’s Club on March 8. Cordray’s campaign said he ‘regrets’ the comment, but this kind of foot-in-mouth moment can haunt a candidate (just ask Mitt Romney about his 47 percent comment).

…Cordray should stick to policy and ditch the political pot shots.”

In their report on Cordray’s comments, The Cleveland Plain Dealer called his Nazi comparison “inappropriate” and a sign that he had “ambivalence toward voters of Ohio Gov. John Kasich”:

“Cordray also apparently had some ambivalence toward voters of Ohio Gov. John Kasich – you know, the same voters he’s trying to win over? Cordray likened them to Nazi collaborators, saying in March that they were ‘Vichy Republicans,’ according to the Cincinnati Enquirer’s Jason Williams. Vichy Republicans refers to Vichy France, the government of France that was sympathetic to Nazi Germany, because even when Cordray is trying to make an inappropriate burn, he still does it in the nerdiest way possible.”

Red State wrote that Cordray’s comments demonstrate his “lack of historical knowledge as well as how out of touch he is with Ohio voters”:

“The former Consumer Financial Protection Bureau head is demonstrating his lack of historical knowledge as well as how out of touch he is with Ohio voters. Republicans have been dominating Ohio politics over the past few election cycles. Branding them as Nazis is not going to sway undecided voters. Even Independents and crossover Democrats who voted for Trump will be turned off by this absurd rhetoric.

Cordray had previously compared Ohio Republicans to Nazi collaborators in Vichy France. After his comments were publicized, Cordray’s spokesman claimed he ‘regrets’ having made the ‘inappropriate comparison.’ But, his comments were not isolated. Since he has made this comparison at least twice, it appears it may be a bit of a theme for the Ohio Democrats to alienate and offend.”

Instead of apologizing for his offensive remarks, Cordray and his campaign at first declined to comment, only to later send a desperate statement defending his use of Nazi comparisons to attack his political opponents:

“Five hours after The Dispatch asked the Cordray campaign for comment, it replied it had none.

After this item was posted, a campaign spokeswoman provided a statement 40 minutes later.