When Nancy Pelosi says tax reform bonuses are nothing but “crumbs,” Sherrod Brown nods in agreement. However, if you ask Ohio workers, they’ll likely disagree.

Take Deana for example. Deana is an employee at Sheffer Corporation in Blue Ash, Ohio. She is looking at a tax cut of $1,500 in addition to the $1,000 bonus that Sheffer is already giving her. Listen to what tax reform means for Deana: 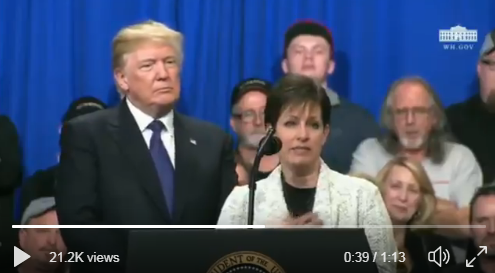 Deana’s story is a perfect example of what tax reform means for hardworking Americans. More money in the bank, more opportunity, and a brighter future. Unfortunately, Democrats like Sherrod Brown want to repeal the new tax law and Deana’s bonus along with it.

In the words of President Trump, “Senator Brown voted against us, and fought us like crazy.  Just remember that. He voted against you.”

So far, more than 300 companies have given their employees bonuses. That’s more than 3,000,000 Americans with more money in their pockets because companies are investing in their workers. Something Sherrod Brown said would not happen.

Here are some of the companies, either headquartered in Ohio, or with large Ohio footprints, that have given tax reform bonuses: