Did you know that as Director of the Consumer Finance Protection Bureau (CFPB), Richard Cordray funneled $43,453,250 to an Obama, Clinton aligned PR firm called GMMB, Inc? That is the highest level of PR spending of any agency over the last decade!

Now Cordray is running for the Democrat nomination for Governor, and guess who he is using for advertising? 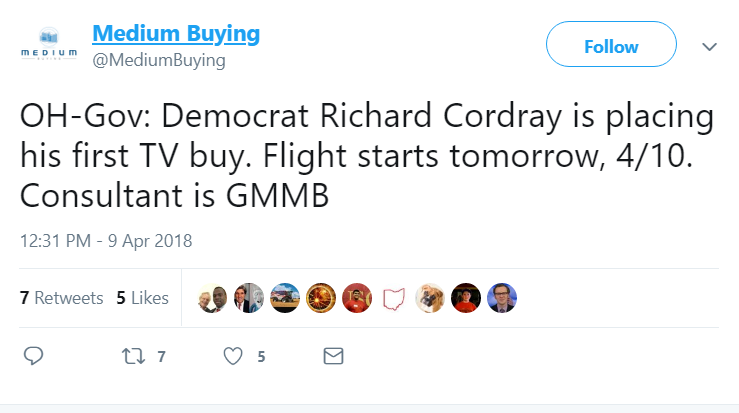 That’s right! The same company that Cordray funneled $43 million to as a Washington bureaucrat is now working to get him elected. Does that sound ethical to you?

He asked why a nonpartisan agency would even need a PR firm. Director Mulvaney said it was a great question and that he was in the process of canceling the contract.

When asked if he thought the $43 million was a good value, Director Mulvaney replied:

“If I thought I was getting a good value for my $43 million, I would not have sought to cancel the contract.”

“Let me put it to you this way, I don’t think that our statutory mission was being served. I don’t see why we have to advertise. The SEC does not have to advertise it exists, the FDIC does not advertise that it exists. I guess you could make the argument that in the very early days when you’re going from nothing to something, you could make the argument that you could let people know you exist. But that is an argument you can make by declining expenditure over time, not increasing a line item on advertising. So like I said, we are now canceling the contract and I think it’s the right decision.”

Director Mulvaney went on to describe other unrestricted spending decisions that Cordray made, like the $242 million in renovations the agency made to a building it doesn’t even own:

I want to make one thing perfectly clear Mr. Davidson, the $242 million that we spent on the building, I could take that and hire Brietbart, I could take that to hire the Drudge Report, to do marketing that I like to do. But I’m not going to do it because it’s the wrong thing to do, but I have that kind of flexibility. I could hire the Heritage Foundation to do education. I could hire AEI to do the same type of thing. It’s a tremendous amount of discretion. I’m not going to abuse that, but the statute certainly permits it.

As a Washington bureaucrat, Richard Cordray wasted millions of your tax dollars. Now he wants to do it again as Governor!