The television ad highlights Mike DeWine’s work to test 12,000 rape kits that had previously been left untested. The ad is running statewide. 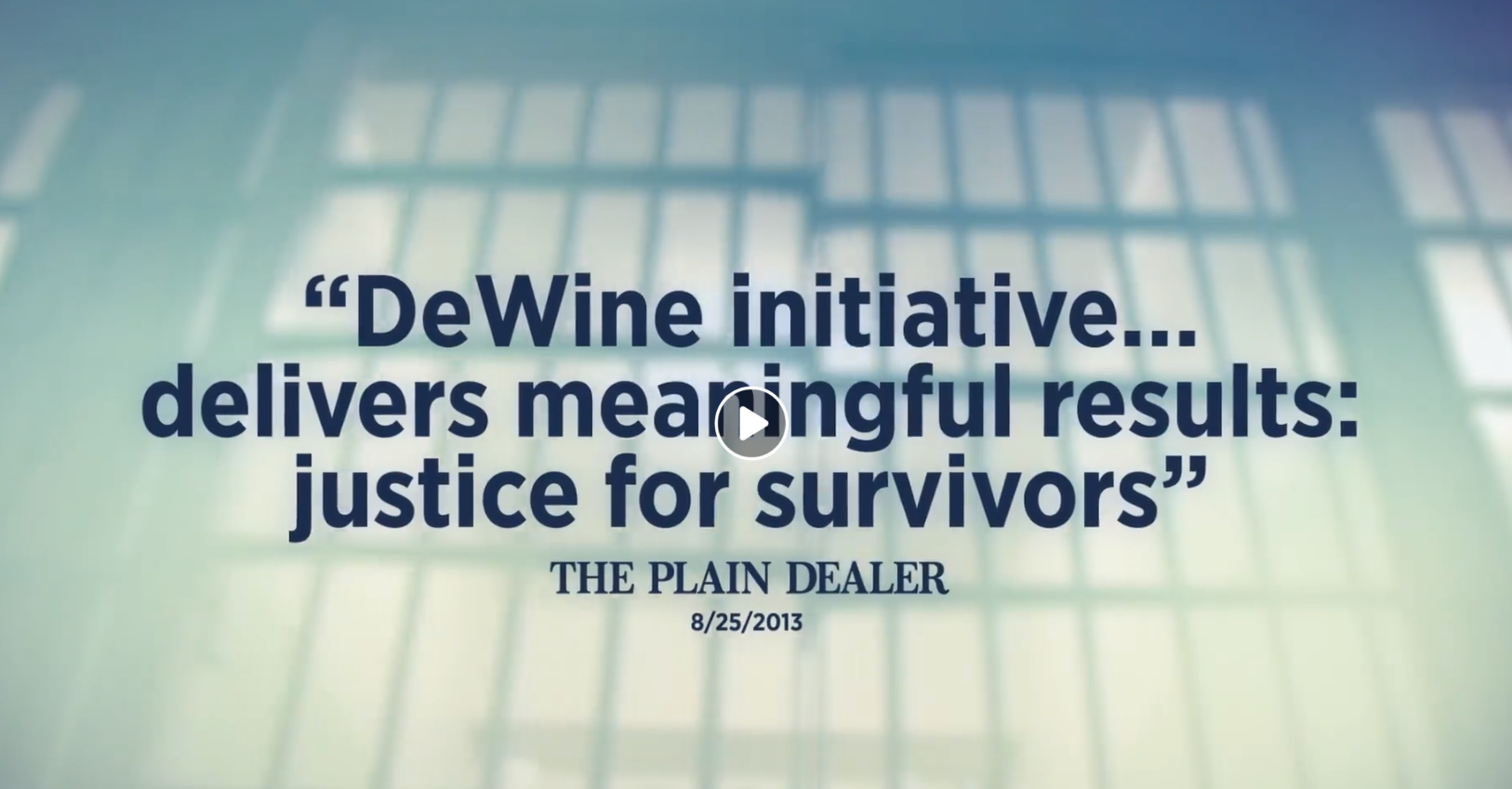 Alyssa: The assailant had a gun, and he pointed it to my head. And I was raped.

Then Mike DeWine became Attorney General. He tested all 12,000 rape kits. Now hundreds of rapists are behind bars.

Alyssa: Thanks to Mike DeWine they found my rapist. Because of Mike DeWine I’m not afraid anymore.

It feels good not to be scared.

Earlier this year, DeWine’s office announced they had cleared Ohio’s backlog of untested rape kits. The state was able to test 13,931 kits which led to 300 offenders being linked to 1,127 crimes, uploaded 8,648 DNA profiles into the Combined DNA Index System (CODIS) and made 5,024 hits on a criminal profile or a match to another case. (“Ohio Clears Backlog of Untested Rape Kits,” Ohio Public Radio, Nick Evans, 02/23/18)