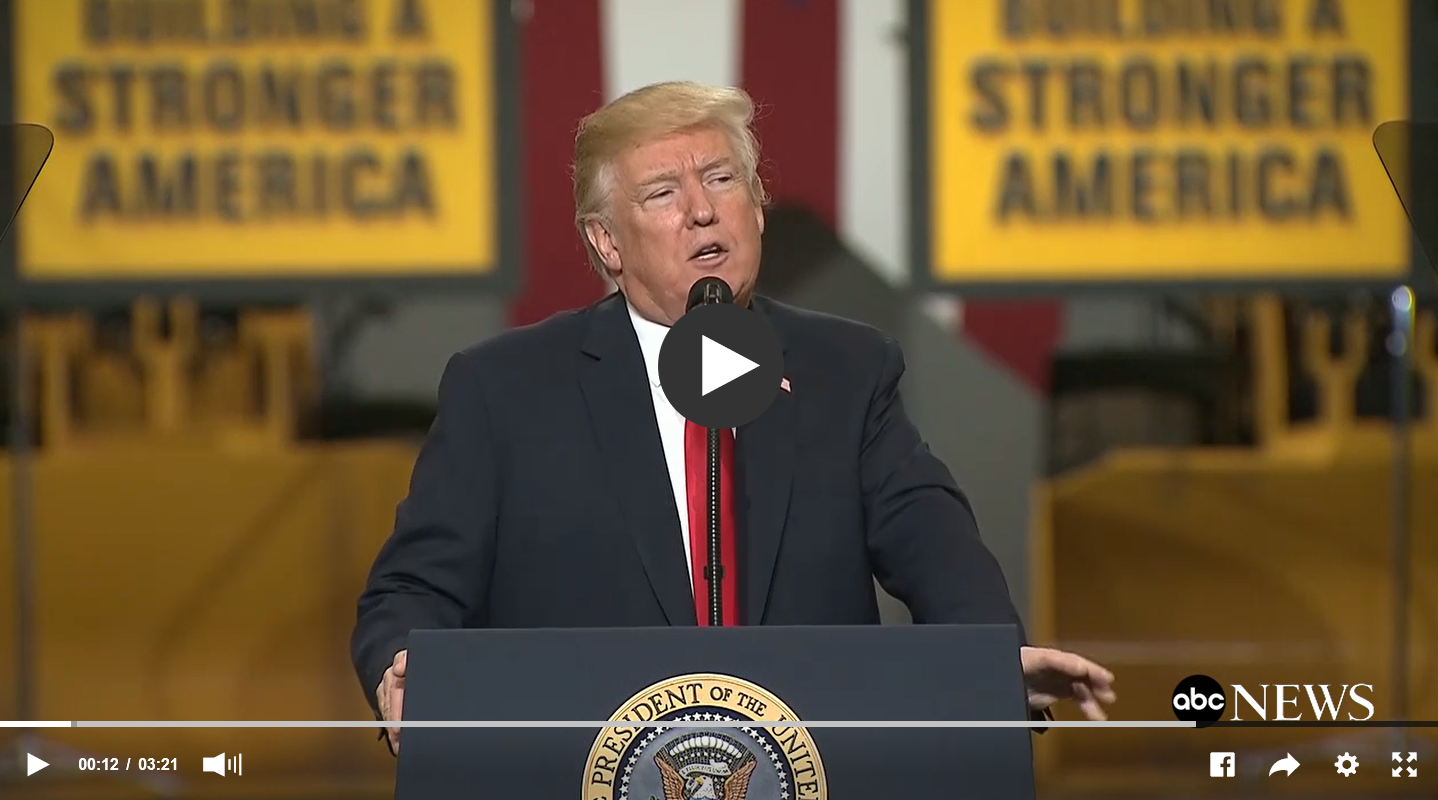 “We will transform our roads and bridges from a source of endless frustration into a source of absolutely incredible pride,” Trump said to members of the International Union of Operating Engineers Local 18. “There is no better place to begin this campaign than right here in Ohio, at this state-of-the-art training site — they’ve done a fantastic job right in this building — where the awesome skills of the American worker are forged and refined.”

Acknowledging the legislative reality that Congress may not have the appetite for a bulk overhaul of the nation’s infrastructure, President Trump told the crowd he would be open to a more piecemeal approach.

“It can be passed in one bill, or in a series of measures,” Trump said. “What matters, is that we get the job done.”

Despite the administration’s aggressive push for the president’s plan, which calls for $200 billion in new federal funds that the officials claim will stimulate $1.5 trillion in new investment in infrastructure, its future remains murky in the halls of Congress despite broad public approval for fixing the country’s crumbling roads and bridges.

In late February, Senate Majority Whip John Cornyn suggested that a boost in infrastructure spending could be a tough sell to lawmakers over the rest of the congressional agenda.

“I think it’s gonna be hard because we have so many other things to do and we don’t have much time,” Cornyn, R-Texas, said.

An administration official said Wednesday, though, that the White House remains optimistic it will be able to pass parts of the president’s infrastructure plan even if it means in smaller “legislative vehicles.”

“We see quite a bit of movement on Capitol Hill right now on different elements of the president’s plan,” the official said. “So I think the odds that pieces of this pass this year are very, very high.”