Democrat Senator Sherrod Brown’s favorite day of the year, tax day, will be here before we know it. To help him celebrate, we will highlight his abysmal record on taxes everyday until April 17th!

Thankfully, he will have less to celebrate this year because tax reform is already delivering bigger paychecks to Ohioans. In fact, the average Ohio family is expected to save nearly $2,300 per year as a result of the new law.

Additionally, millions of Americans have already received bonuses from hundreds of companies. This includes dozens of Ohio companies, like Nationwide and Sheffer Corporation.

Tax reform is working and 59% of Ohioans approve of the new law. Brown, however, voted no on tax reform and even claimed that businesses would not use their tax savings to create more jobs and invest in their employees. Clearly, he was wrong. 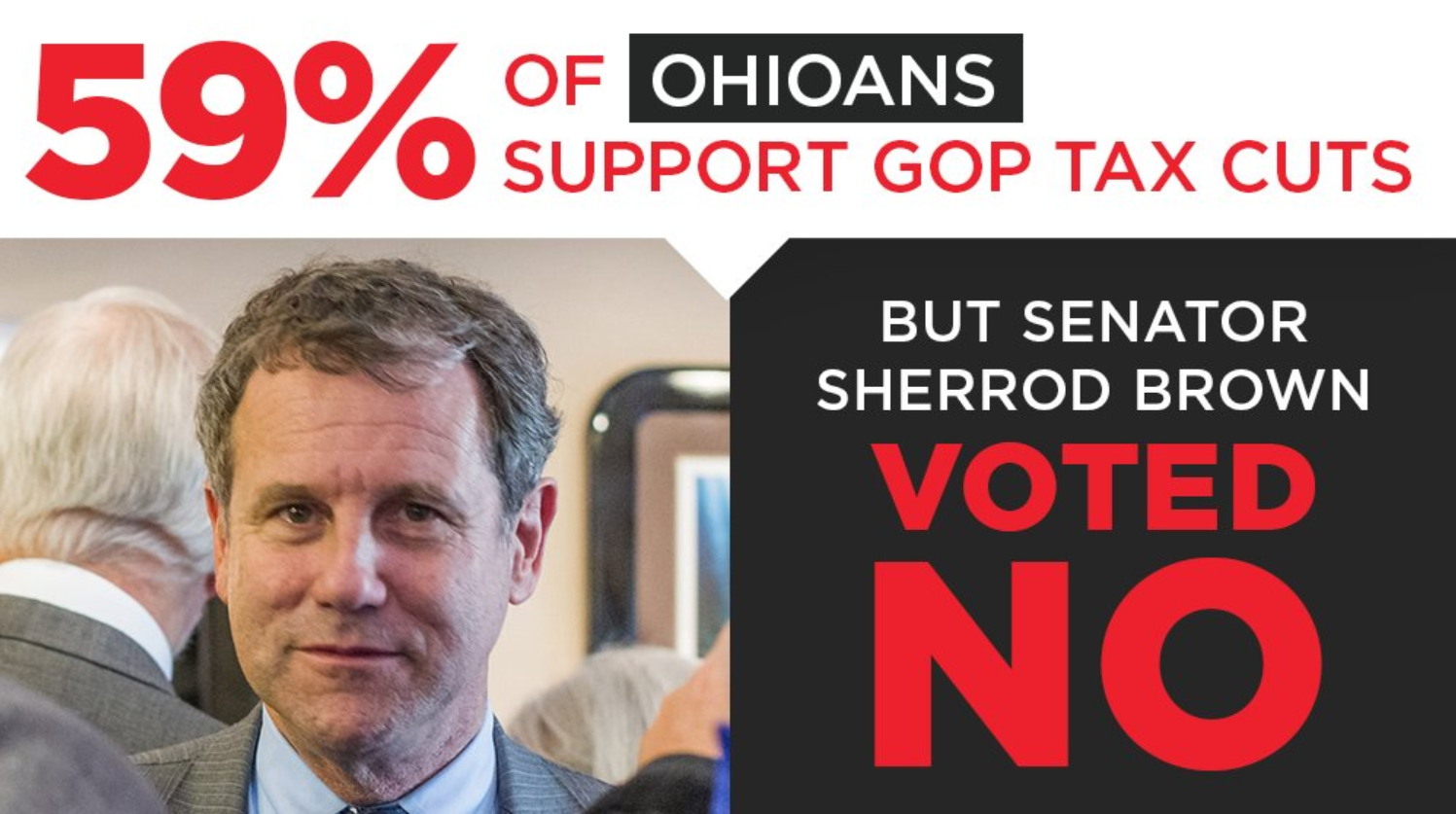 Voting against the Tax Cuts and Jobs Act isn’t the first time Sherrod Brown has failed Ohio families on taxes. He has a long history of voting for higher taxes and we will highlight it over the next two weeks!