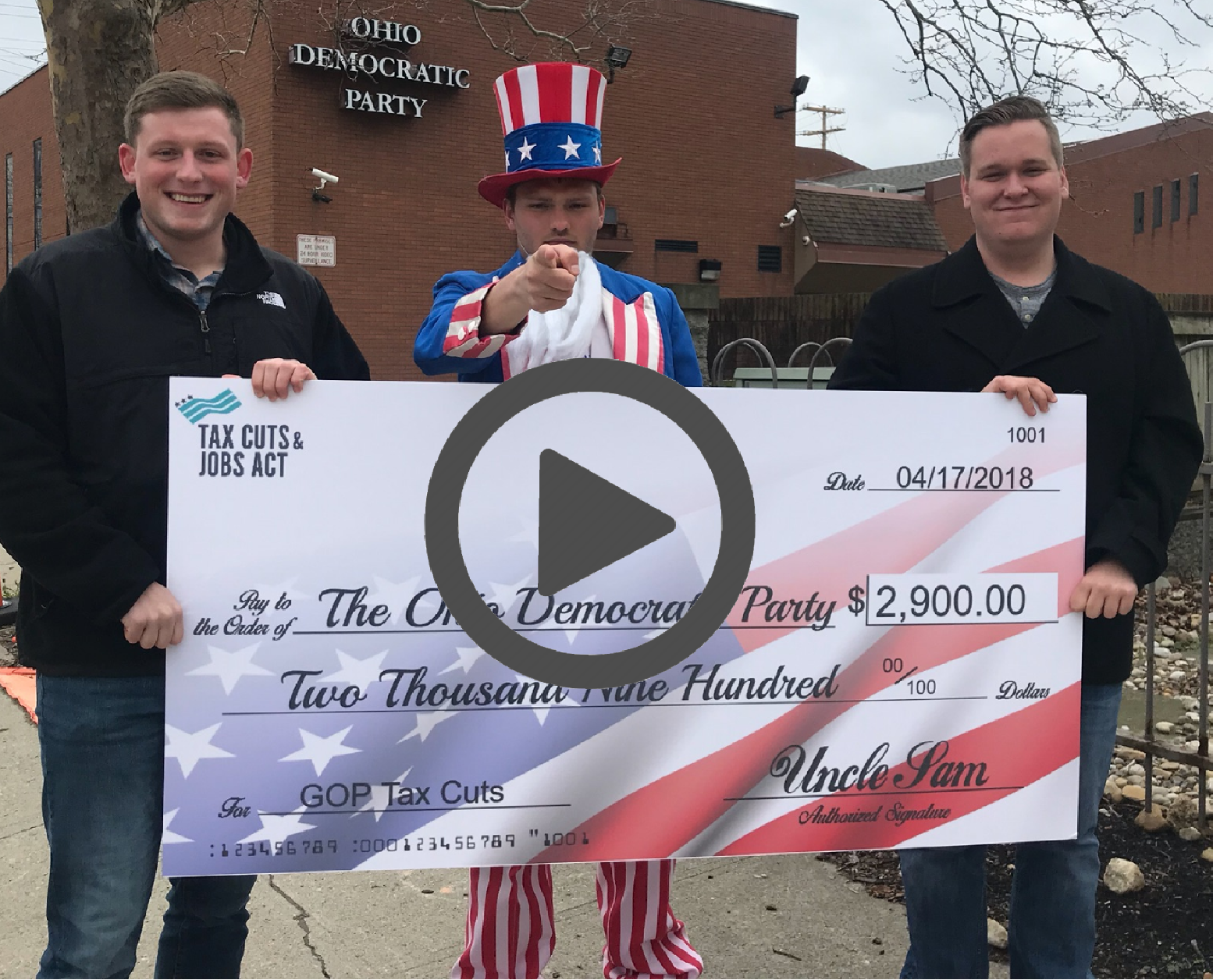 We have already pointed out All. The. Benefits. Of. GOP. Tax. Cuts. These benefits are enjoyed – and supported – by everyday Ohioans, but the Ohio Democrat Party refuses to acknowledge that Sherrod Brown and the entire Ohio Democrat Congressional Delegation voted against the best interests of everyday, middle-class Ohioans.

So, we decided to take it one step further and follow the money.

Surely the Ohio Democrat Party practices what they preach by employing good, hard-working, middle-class, everyday Ohioans. (Despite our political differences, we’ve seen no evidence to refute that.)

Luckily for the state of Ohio, the Ohio Democrat Party is subject to reporting expenditures, so we can see just how well GOP Tax Cuts are performing for their staffers. On average, staffers at the Ohio Democrat Party are taking home $1,500 more per year thanks to GOP Tax Reform, while the top earner will take home an extra $2,900!

To that, we say congratulations and you’re welcome!

We then took the difference between the two monthly totals, multiplied that by 12, and averaged the additional amount each employee receives due to the withholding tables changes.

While FEC reports contain a wealth of information, we were forced to make the following assumptions and adjustments: