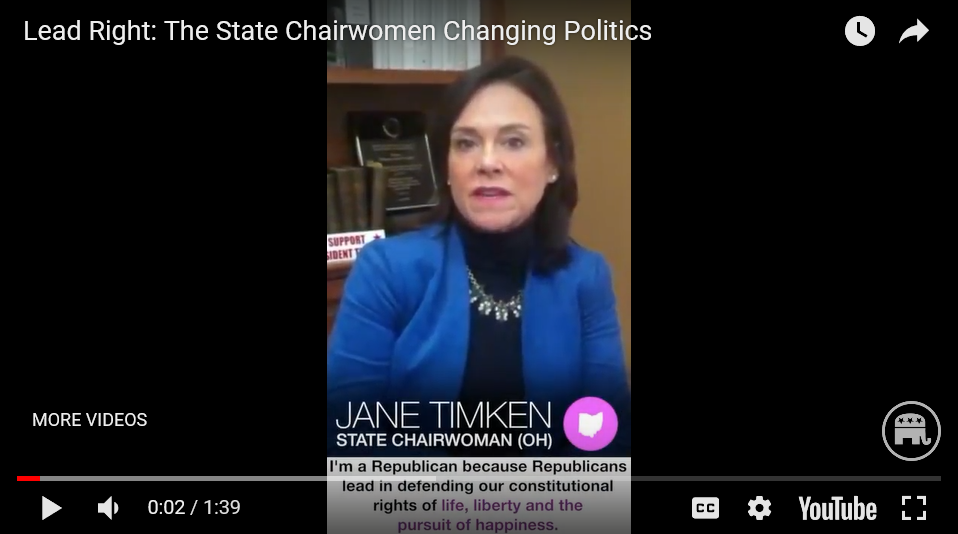 The Republican Party launched a new online video series, “Lead Right: The Women Changing Politics,” to highlight the women leaders who are leading the party into the future.

The series features six of the party’s 12 state party chairwomen, and the clips give viewers an insight into their lives.

“The Republican Party is the party for women,” RNC Chairwoman Ronna McDaniel narrates in the video. “We at the RNC are fortunate to have many strong, talented women paving the way for our party in their state and across the country.”

“These women have grit, they have passion, they have purpose,” she says of the GOP women leaders.

Women leadership in the GOP will only get stronger, as the party is training more party leaders.

According to the RNC, more than 50 percent of the party’s fellows at this year’s Republican Leadership Initiative are women. The thousands of young women leaders will undergo training at a 6-week course, which will teach them to lead the party going forward.